A Company Ahead of Its Time

The History of the Theo. A. Burrows Lumber Company 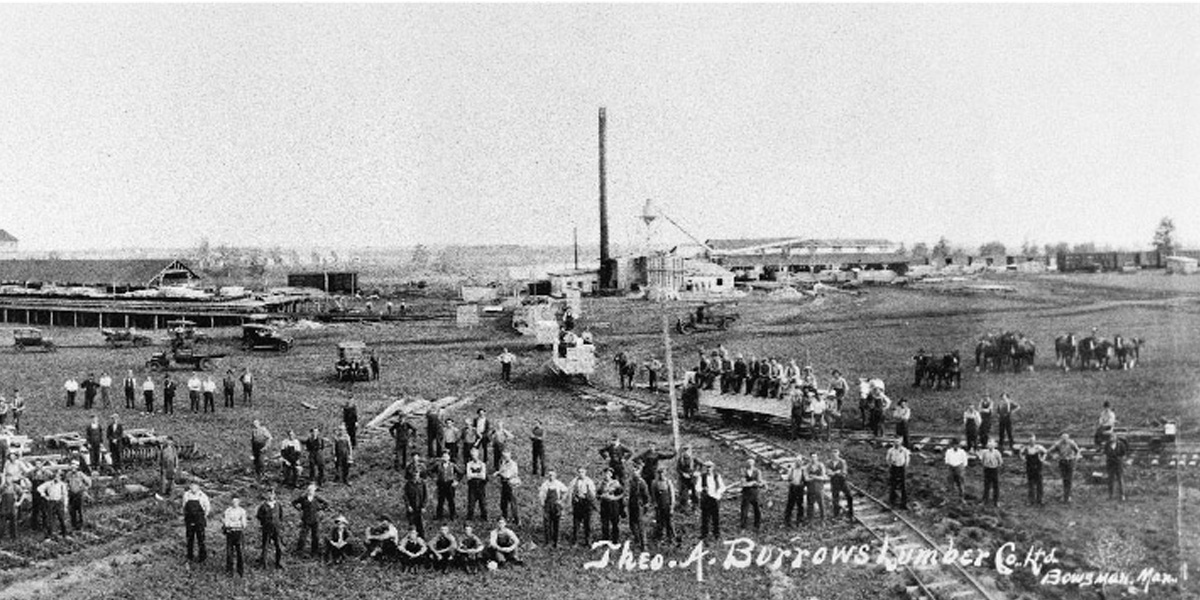 ...at a time when forests seemed inexhaustible and opportunity for new settlers abounded. The company's accomplishments over its more than 135-year history are due primarily to the groundwork laid down by the company founder, Theodore Arthur Burrows. 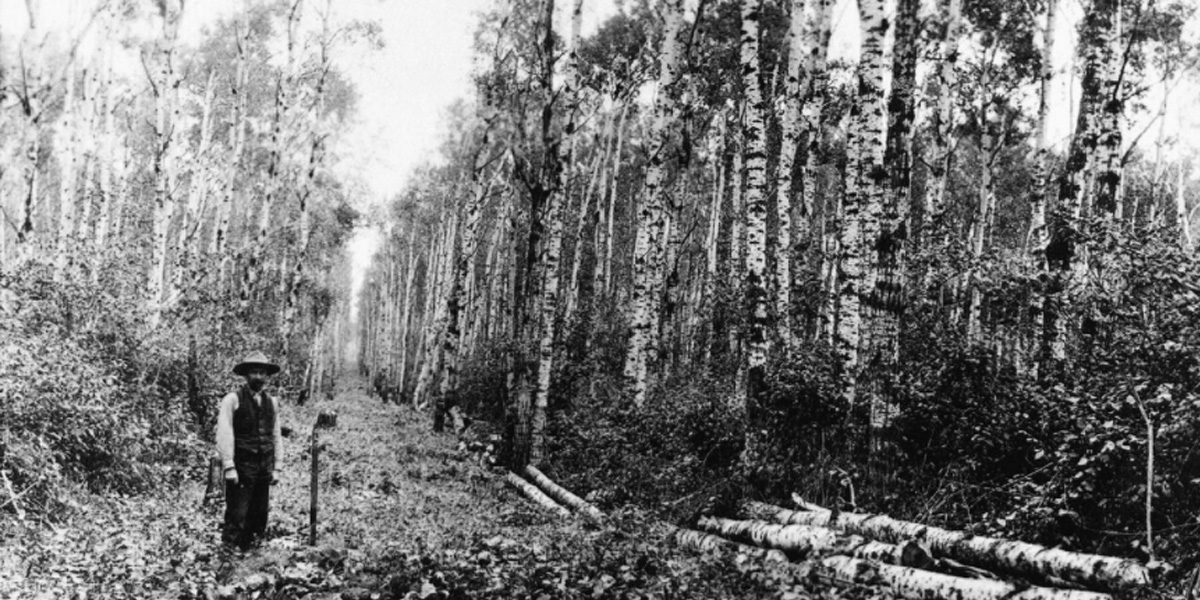 A Sense of Adventure

Born in 1857, Theo. A. Burrows inherited his sense of adventure from his paternal grandfather, John Burrows who had left his home in Plymouth England in 1813, and sailed to Canada, where he settled in Bytown. He was granted the first land patent issued in the country. Burrows, an engineer by training, became the Overseer of Works for the construction of the Rideau Canal, which linked Lake Ontario with the future capital city of Ottawa. Today, the Houses of Parliament, seat of the Canadian federal government sits upon the original Burrows’ homestead. 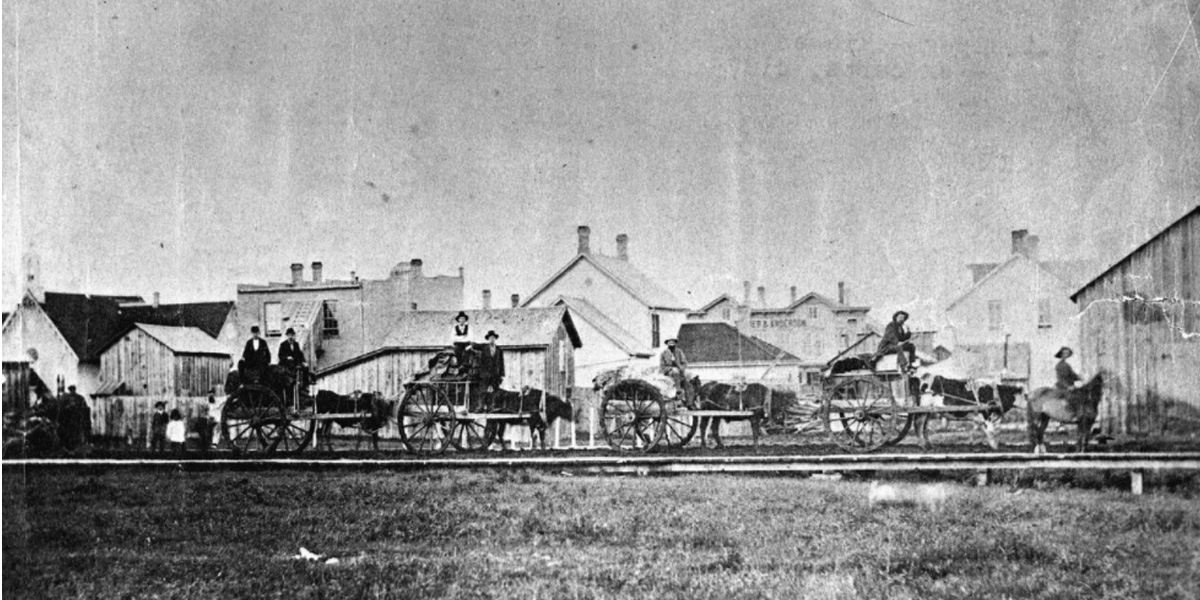 Settlers in a rich, fertile land

In 1877, the spirit of adventure lured Theo. A. Burrows on a journey west. Immigration to the new province of Manitoba was slow, but settlers made the arduous trip in search of land that was rich and fertile. Burrows first worked on a survey crew charting the Lake District. This early experience exposed him to the raw riches of the region and ultimately influenced his decision to engage in a career in the forest industry. 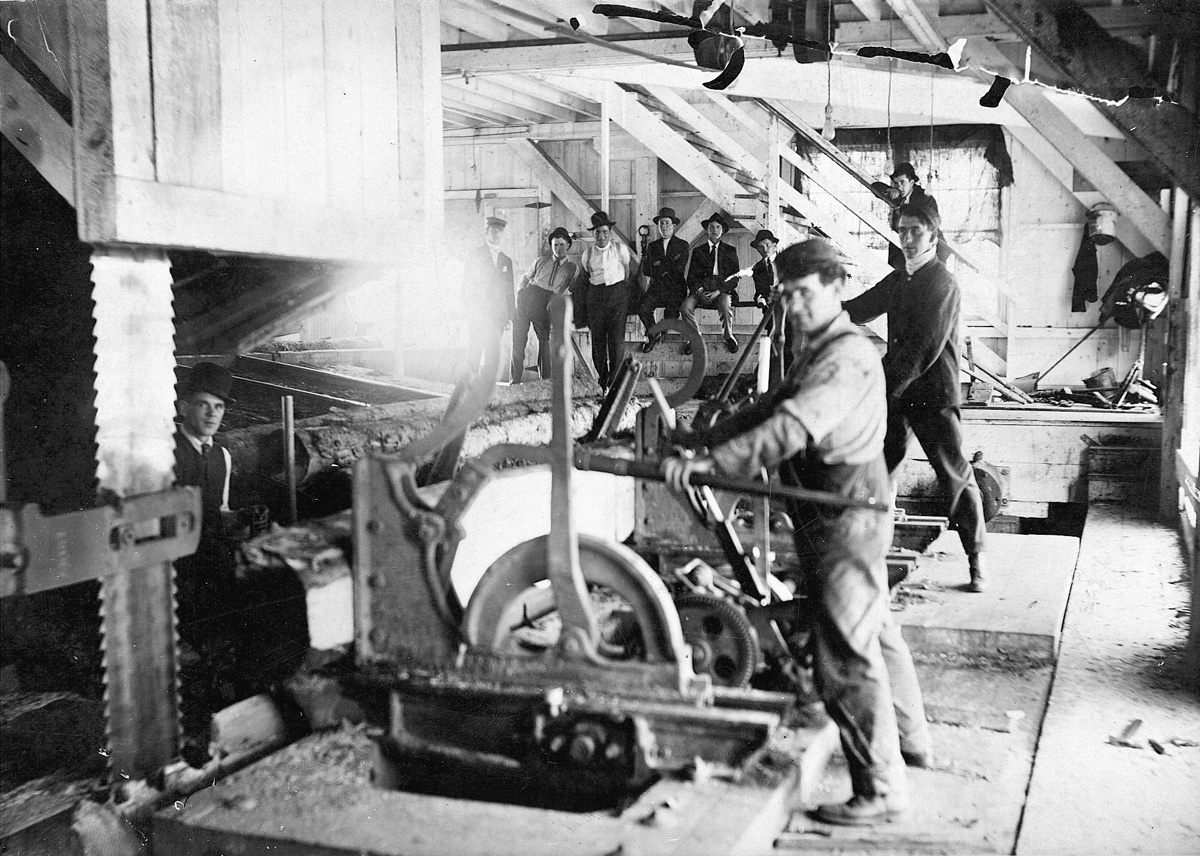 The new settlers’ need for lumber seemed insatiable. Burrows purchased his first timber berths on Lake Winnipeg, and he proved to be an astute businessman. In 1879, he established the Theo. A. Burrows Lumber Co. Ltd. The company prospered. 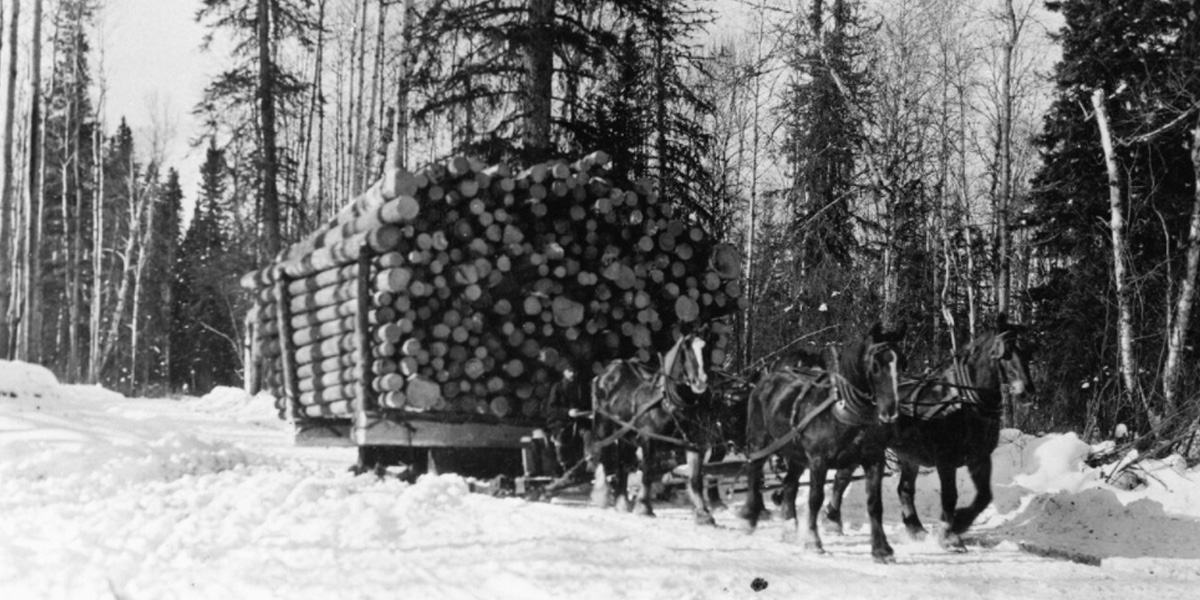 Acquiring vast timber berths, the company logged great stands of majestic pine, tamarack and spruce, loading the timbers onto horse-drawn sleighs, crossing the frozen land to river's edge where spring log runs carried it to his sawmills downstream. The lumber was cut and planed then shipped to markets across Canada and the United States. In addition, the company operated 38 retail stores across the prairie provinces, furnishing building supplies and construction plans as well as construction advice to customers. 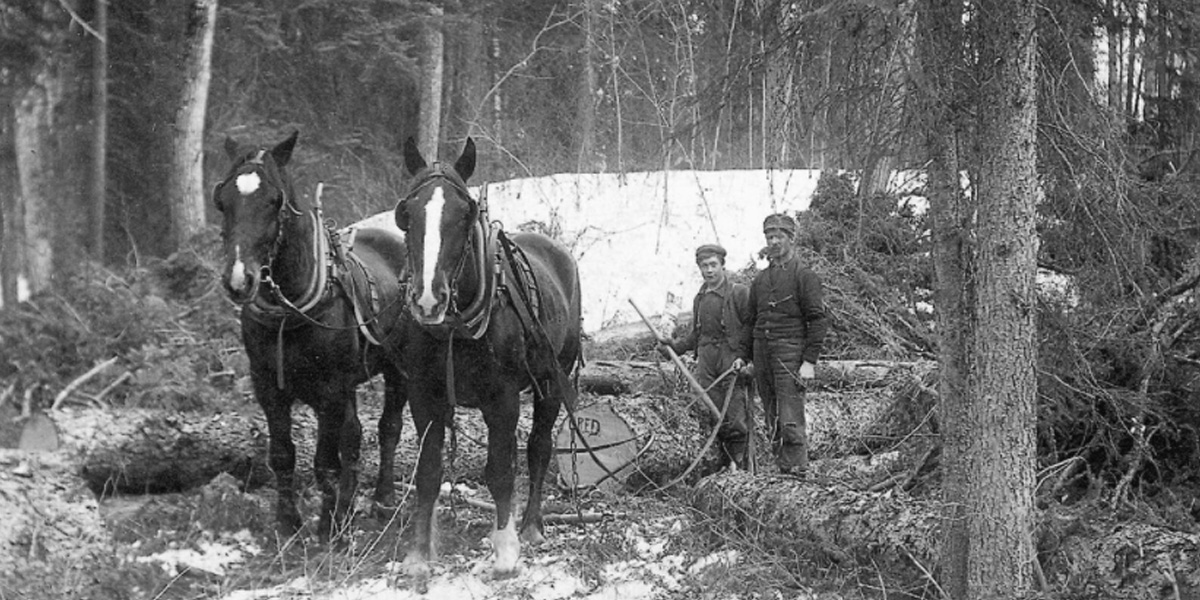 In 1890, Theo. A. Burrows co-founded the Western Retail Lumbermen's Association whose mission of self-regulation helped to develop accepted standards and recognized business practices for the lumber industry. He was a major proponent of selective cutting and forest management and spoke at forest industry meetings on the value of sustainable development. 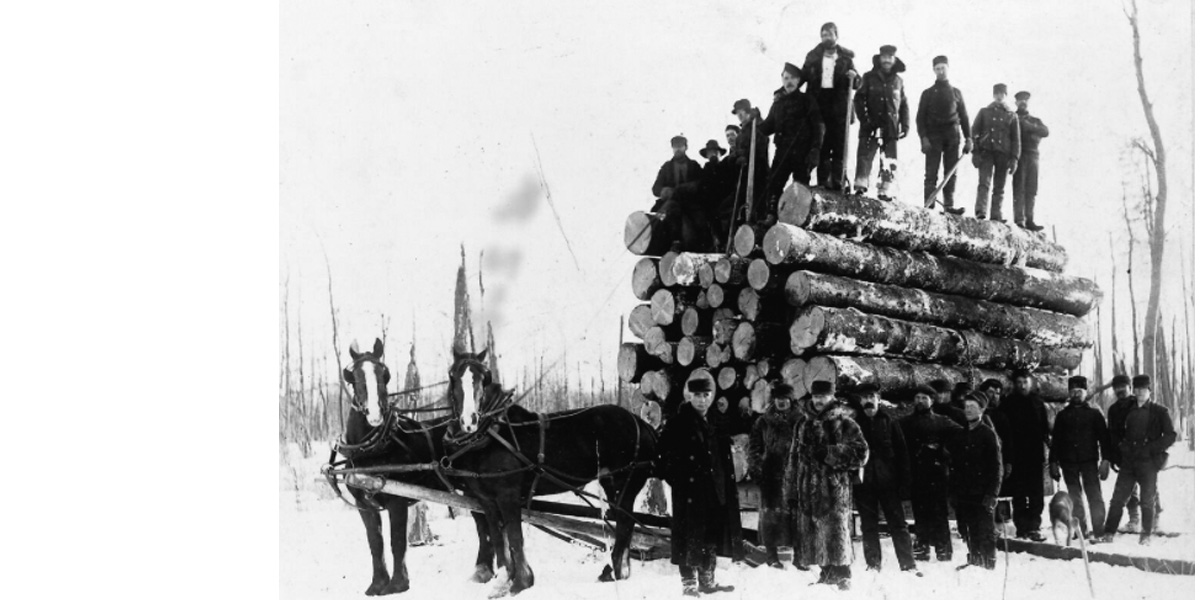 This fully loaded sleigh is set to start its journey along the iced road to the landing area by the river.  When the ice cleared in spring, the logs were released into the river and floated downstream to the mill. 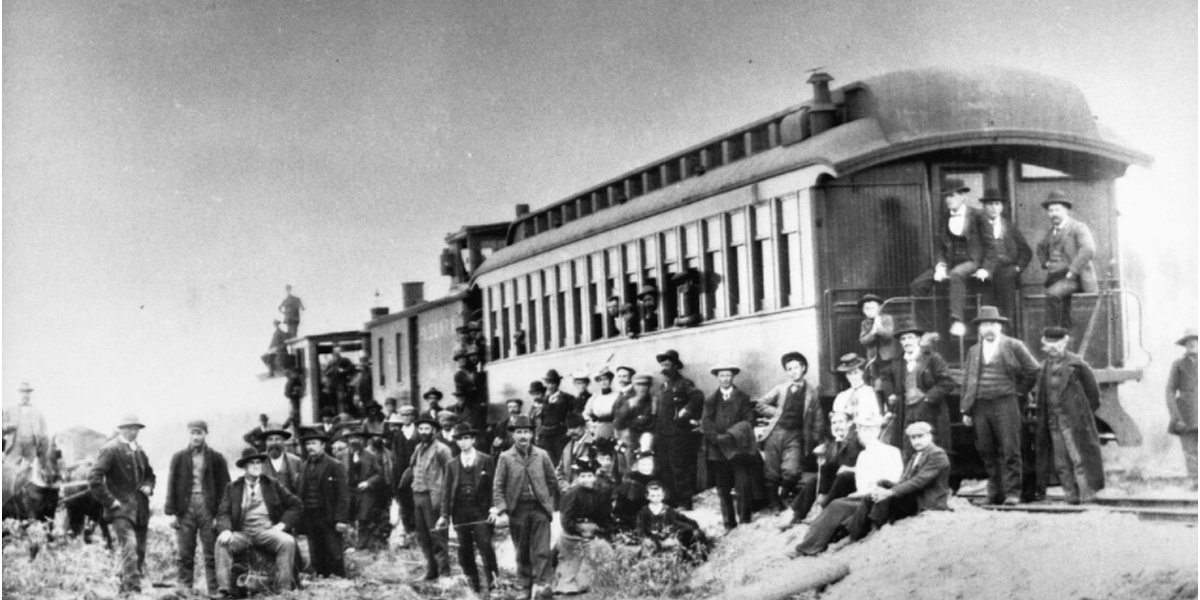 Burrows also realized that the key to western Canada’s success was a reliable transportation system. On that platform, he ran for public office where he lobbied extensively for increased rail service to encourage future immigration but also to provide transportation of prairie product to markets. In 1925, in recognition of his service as Land Commissioner to the Canadian Northern Railway, (now the CNR), he was appointed Lieutenant Governor of Manitoba, a post he served until his sudden death in 1929.

Grandview, Burrows largest sawmill generated great impetus to the growth and prosperity of the Grandview community. Together with the logging operations, the Theo. A. Burrows Lumber Company employed as many as 1000 men. In its first season, the mill processed 7 million fbm of lumber.

Press play or pause (to the far right) or click on the dots to select a slide.

This summary is derived from the textbook A Company Ahead of Its Time: The History of the Theo. A. Burrows Lumber Company, Maryel M. Andison, Author, ISBN 1-55056-869-8